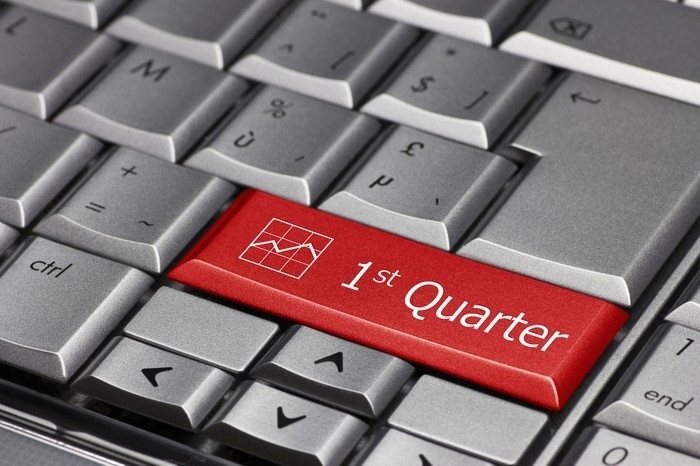 CANEY CREEK REPORT - A Good Year in a Quarter

The Standard & Poor’s 500 was up over 13% for the first quarter of 2019. The Dow Jones Industrial Average gained over 11%. The tech-heavy NASDAQ was the big winner, up some 16%. Bonds also did well as high quality bonds returned just under 4%. Low quality bonds did even better, up some 6%. It was a great quarter for long only investors. It was hard to find much that went down. We got a year’s worth of return in one quarter.

Interest rates drove everything. Bond yields declined in response to slowing global economic growth, as well as a very adamant signal from the Federal Reserve that further increases in short term interest rates would not occur in the foreseeable future. The yield on the 10-year US Treasury declined some 30 basis points (0.3%) to 2.4%. That is a far cry from the 3.25% it reached in early October of last year.

Some of the decline in yields relates directly to economic weakness, especially in Europe. German bonds of 10 year maturity now yield essentially 0%. Global investors seeking some return on fixed income securities find US Treasuries very attractive on a relative basis.

Stocks are enjoying a wonderful rebound from a really awful fourth quarter. Investor sentiment declined from over 60% bulls last summer to about 30% in December. Stock markets worldwide were very “oversold.” As the market rally has taken place, the sentiment numbers have recovered to a more normal 50% bulls. Some of the best performing sectors of the market have been so-called bond substitutes like Real Estate Investment Trusts, Utilities, etc.

Let’s look at the three factors we find useful. In the short run, sentiment is the most important factor. It has recovered to a neutral position. There is not an abnormal amount of money on the sidelines left to be reinvested. In the intermediate term, monetary factors are most important. They have clearly gone from being negative with the Fed pursuing a serious tightening policy to neutral. Already, there is speculation that the fed might actually lower short term rates early next year. So, this factor is positive for both stocks and bonds.

The third factor, valuation, is the longer term indicator. It has not been a concern for the stock or bond market for some time. But, based on some metrics, it is beginning to present a problem today. Stocks are generally valued on expected earnings. Based on expectations for earnings to be $160 per S&P share this year, the S&P is selling at a Price/Earnings multiple of close to 18 times. That is not particularly high, but there is a problem.

Earnings estimates have been coming down. In the first three quarter of 2018, earnings for the S&P grew year over year at an average of 25% reflecting a strong economy and lower corporate taxes. We are now comparing earnings to the tax cut quarters and economic growth is slowing. Expectations now are for first quarter earnings to come in some 4% lower than a year ago. That trend will likely continue for some time, at least into the second half of the year. Lower earnings expectations will not support a higher PE ratio for stocks.

Similarly, bond valuations are problematic. Inflation is running just under 2%. So, the real return on Treasury bonds after inflation is pretty meager. It is unlikely that long term rates decline much further from here. PEs will not be helped by lower bond yields.

So, valuation seems stretched until earnings expectations start to improve. That should happen over the summer as analysts begin to forecast 2020 earnings. After such a great start to the year, we are close to the old highs. Those highs will be hard to break until it becomes more evident that earnings are growing again.