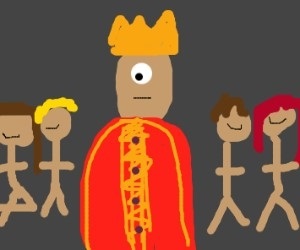 CANEY CREEK REPORT - In the Land of the Blind, the One-Eyed Man is King!

The Federal Reserve, as expected, announced a 0.25% reduction in the targeted Federal Funds rate to a range of 2.00% - 2.25%. This was hardly news as they have been telegraphing such a move for close to two months. In spite of that, poor Fed Chairman Powell had to answer inane questions from twenty something reporters from the likes of the New York Times, Politico, etc. for an hour and a half. The questions were all basically the same. Since you only did 0.25%, does that mean you are done? And, does that mean you caved to the President’s tweets?

Mr. Powell kept his reasonably good humor as he pointed out that this cut had little to do with the US economic situation, but was an attempt to make a preemptive strike against global deflationary forces, especially out of Europe, before they can do harm to the excellent economic situation we are enjoying in the US. Record low unemployment and stable prices are central bank nirvana!

What he didn’t say, at least directly, is that the dollar has them worried. The trade weighted dollar index hit a record high today. It is a great time to travel abroad. However, the high relative price of the dollar has significantly negative implications for our exports, the earnings of big US multinational corporations, and global trade. Why is the dollar so strong?

Europe is a mess! The UK says it will leave the European Union by October, deal or no deal! Belgium is imploding. The European Central Bank has been orchestrating negative interest rates for their sovereign debt, which European banks must buy to fulfill their reserve requirements. In a world where even Greek and Italian sovereign debt yield below 0%, a modest 2% yield on US Treasury bonds of ten-year maturity seems great. Global investors are buying dollars to buy dollar denominated assets like those Treasury bonds. “In the world of the blind, the one-eyed man is king!”

To most observers, the dollar’s strength is getting to be a serious problem, not just against the Euro, but also against the Yen and the Chinese currency. And, it is a big problem for most emerging market debt where governments and companies issue bonds denominated in dollars. These debts get more expensive to repay as the dollar rises vs. local currencies.

So, the Fed has little choice but to cut rates. There are $17 trillion of bonds outstanding in the world that have negative yields. The President’s tweets didn’t influence the Fed decision, the global bond markets did. The Fed, the President, global multinational companies, and just about everyone else would like to see the dollar come down. But, come down relative to what? Other currencies like the Euro and the Yen have fundamental issues. The Chinese currency is caught up in the current trade dispute. Attempts to debase the dollar will more likely result in the appreciation of alternative currencies; namely gold and other precious metals.

Gold reached close to 1720 in 2012, when inflation started to accelerate a bit. Then it fell to 1200. Recently, it has risen to 1420. Technical analysts would call this a breakout. Point and figure chartists see a return to above 1700 for the metal.

Historically, most investment advisors have not included gold as a “strategic” asset class that has a place in diversified portfolios. Generally, that was because gold offered no income. But, in a world where bonds return -1% to 2%, that hardly matters. Gold could be a prime beneficiary of a lower dollar. Emerging markets and other foreign currency based investments should also do well. And, Treasury Inflation Protected Securities (TIPS) should do well as inflation eventually follows from a weaker dollar.

As for US stocks today, Sentiment is Bullish to the extreme. Investors Intelligence reports 57% Bulls vs 17% Bears. That spread is a short-term danger signal. Monetary policy has changed from negative to neutral. But, valuations are historically high. So, expect a correction of the “overbought” situation over coming weeks. Have some cash reserves ready to buy stocks on a 5% - 7% pullback.

As for bonds, be very afraid!