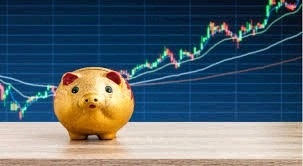 It was a great month for stocks and bonds. The Standard & Poor’s 500 returned close to 7%. For what it is worth, it was the best June since 1955. Although that won’t help you as you try to figure out what happens next. So, for the first half of the year, the S&P 500 has returned some 18%. Bonds have also done well; returning 6% in the first half which included only about 1.5% from interest payments.

The markets moved in anticipation of a thawing in the China trade dispute, which seemed to have been confirmed yesterday when President Trump met with President Chi. They agreed to a truce, while more talks are ongoing. That was the expected outcome of their meeting.

In addition, markets have moved in anticipation of a change in Federal Reserve policy. It is now the consensus that the Federal Funds rate will be reduced in July, and at least once more before year-end. That is a significant change from just weeks ago when the Fed was talking about tightening monetary policy, not easing. China and the Fed were the things that made May such a bad month with the S&P 500 down -4.5%. It is great that we got that back and then some. But, what now?

We are back at the top of the trading range that we have been in since the end of January 2018. I know it doesn’t feel like it, but stocks have been basically flat for the last 17 months. So, let’s not get too congratulatory about this month, or year-to-date.

In the short term, it is hard to see much more money moving into stocks. Sentiment is extremely bullish. Initial Public Offerings are being touted, soaking up funds. The wall of worry over China and rates has dissipated. The stock market is a bit spent. Expect some pullback over coming weeks from profit taking and reactions to tough earnings comparisons which will start to be reported next week. A 5%-7% pullback is possible. That would be a buying opportunity for the intermediate term.

The Federal Reserve will lower rates not because the President has told them to, but because the bond market is telling them to. The Fed cannot justify a 2.38% Fed Funds rate when 2 year Treasuries are at 1.75%. As rates are lowered and China headlines subside, the economy will accelerate after its recent softness. Earnings forecasts for 2020 will move up and it is likely that the S&P will finally break above 3000 by this time next year. It is an election year. Would you expect anything else?

Bonds are a different story. Bond sentiment is crazy bullish. Bond yields could be bottoming now in anticipation of the Fed rate cuts. The dollar appears to have peaked relative to other major currencies. Gold appears to have broken out after a five year consolidation (not to mention Bitcoin). Emerging markets, other foreign stocks, and our large US multinational companies should be helped by the lower dollar. It makes sense to shorten maturities in bond portfolios. The yield curve is so flat that you don’t have to give up much current yield to be defensive.

The silly season has begun with the Democratic debates. We will strive to stay objective and apolitical between now and the 2020 elections. Happy Birthday to us on July 4. We are all in this together!

Robert C. Davis is a Chartered Financial Analyst and is affiliated with Woodlands Asset Management, Inc. as a consultant. Founding partner of Davis Hamilton Jackson and Associates, a Houston based investment advisory firm; Bob is now retired and living in Chappell Hill, Texas.  He now lends his expertise and knowledge of the markets to our company and customers.  We hope you find it interesting and insightful.