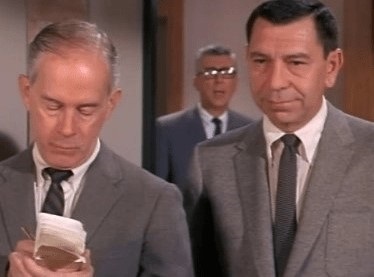 Over the many years that we have written this letter, we have tried to avoid political commentary.  I hope that readers will take this letter with that in mind.  We are just presenting the facts.

President Biden had a very bad month.  The facts about the disgusting debacle in Afghanistan do not need repeating here.  We are all well aware of them by now.  What needs to be discussed is the President's reaction to this unnecessary and unmitigated disaster.  His first reaction was to appear as a doddering old man trying to lay the blame on everyone else - Trump, of course, the Afghans, bad intelligence, etc.  Anyone but “me”.

When even the mainstream media didn't buy it, he reverted to the real Joe Biden, lashing out at those who would question his judgment.  It reflects a man who never had a real job, a man who became a Senator right out of school, a man who people have sucked up to for the last 50 years, a man who thinks he is the smartest person in the room and believes that everything is politics!

The Presidential honeymoon is over.  The poll numbers reflect it.  This will put the already tenuous progressive agenda in even greater jeopardy.  Centrist Democrats were looking for a way out of supporting the radical and costly $3.5 trillion budget proposals that the President has been pushing.  They will now stand up to the progressives.  There will be an infrastructure bill.  But any add-ons thereafter might be closer to $1 trillion, not $3.5 T.  And there will not be a tax on unrealized gains.  Any tax increase on realized capital gains and corporate profits will be modest.

That makes it easier for the Federal Reserve to do what it needs to do.  With a lower probability of several trillion dollars of more debt to be financed, the Fed can soon begin to “normalize” monetary policy.  Monthly bond purchases will end, as Chairman Powell has discussed.  The Fed has already started slowing money supply growth.  By this time next year, short-term rates will be rising.

All of this will bring slower inflation and slower economic growth than would have otherwise been the case.  For valuation purposes, the consensus forecast for S&P 500 earnings for this year is $205.  With reduced fiscal stimulus and somewhat higher corporate taxes, it is hard to see big gains in 2022.  So, let's say earnings will be $215 next year.  The S&P is trading at 4535.  The price/earnings multiple on the next year's earnings is 21X.  Small earnings growth and higher expected interest rates are not the stuff of higher P/E's.

Unless there is a significant market correction before year-end, don't expect big gains in the index in 2022.  But you could get a further catch-up move from cyclical (value) and Mid/small capitalization stocks as their earnings growth could outpace the S&P.

We expect some type of correction soon.  Sentiment remains dangerously bullish.  And monetary trends are starting to tighten.  Year over year earnings gains have peaked.  Technical factors are showing a narrower market every day.  Most stocks are not doing as well as the S&P 500 which is being driven by 5 stocks that make up about 25% of the index- Apple, Microsoft, Amazon, Facebook, and Google.

If the correction occurs, it would be an opportunity to add to equities, as it would provide an entry point with expectations of a double-digit return in 2022.

Bonds remain problematic.  If the scenario we describe comes about, longer termed interest rates will not rise as much as they might have.  That may explain why they have stayed low in the face of the pick-up in inflation.  But they will likely rise sufficiently to make bonds a losing bet for the foreseeable future.