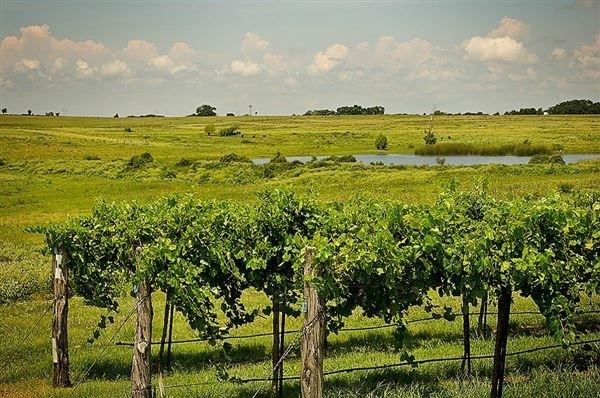 It began to rain last Friday, August 25, in the late afternoon.  It was a good, solid rain - not really a thunderstorm - just sheets and sheets of water coming down from the darkened skies.  It finally stopped Tuesday morning.  The rain gauge on our farm holds 20 inches.  It overflowed, and we lost interest in keeping track.  Estimates for the Greater Houston area are that more than 50 inches fell over those days.  Evidently, that is the largest single rainfall ever recorded in the United States of America.

There was nothing to do but watch the local network news stations that did a great job keeping folks informed on the weather, emergency rescue operations, etc., 24/7.  It was numbing.  Watching it as things got worse and worse became redundant.

Neighborhood after neighborhood that had never flooded before succumbed to the monster.  My son and his family live in a beautiful sixty year old neighborhood that has never flooded before.  After a harrowing weekend watching 90% of the homes in the area take on water and both exit roads flooding, they finally felt they should get out while they had a chance and came to the farm.  My son went back in to check today.  Fortunately, for them, their house was spared.

Our friends, Ray and Terri, live on a beautiful 3 acre lot right on Buffalo Bayou.  Their house is easily 30 feet above the bayou’s usual height and 150 yards away.  Terri was out of town, but Ray spent 36 hours moving stuff from the bottom floor to the second as the water rose and fell outside.  Finally, he too was fortunate.  The water stopped rising an inch from his doorsill.  Thousands of folks were not fortunate.

This was not Houston’s first rodeo.  The city was as prepared as could be expected.  The usual suspect areas were expected to flood.  But 50 inches over the entire area is enough to fill up the Great Salt Lake.   Prior, the worst flood came from a storm named Allison in 2001 that dropped about 25 inches on downtown.  It put the medical center out of business for months.  Lessons were learned.  The med center came through this one OK.  But, the 50 inches covered about 50 miles from Kingwood north of the city, to Richmond and Rosenberg to the southwest, and a similar distance from east to west.

There were amazing heartwarming pictures of volunteers who brought in their pickups and their boats to assist their neighbors in need.  The pictures were a celebration of the big heart and diversity of the community.  People of every shape, age, and color were helping where they could.  Those thousands of volunteers augmented a totally overwhelmed first responder community that worked for four days straight with no rest.  Because of the volunteers and professionals working together, loss of life has been minimal for such an event.

Some pundits that live on the left and right coasts have carped about community preparedness, or that the Mayor should have called for a complete evacuation of the entire city.  It is almost funny to listen to these people who have never been through one of these who become instant experts.  In 2007, a couple weeks after Katrina, another storm named Rita came through Houston.  The media got folks in a frenzy and a lot of the town decided to leave.  So, nobody got out.  My brother brought his family to our farm.  It took 16 hours for a trip that usually takes one hour.  What a disaster this would have been with 2 million cars clogging the 2 - 3 ways out of town as water was rising on every freeway!  The Mayor, County Commissioners, the state, and the feds worked well together in an impossible situation.

The silliest thing I heard was some knucklehead in California on Facebook who said that Red States deserve this because they voted for Trump.  Newsflash for him - Mother Nature doesn’t give a rat’s behind who you voted for.  And, by the way, those folks with the pickup trucks and bass boats with Trump stickers on the back were not asking people who they voted for before coming to the rescue.

The community showed the country how to come together over something important.  It will be a tough slog over the next few years to rebuild Southeast Texas.  We will need help from all over.  But, most of the effort will be local.  I won’t use the word resilient to describe the people here; I will just use the word acceptance.  The attitude is, “It is what it is.”  Time to get back to work.