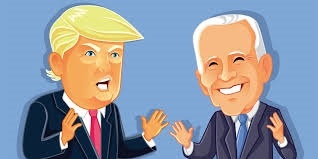 It has officially begun.  The silly season is upon us.  The party conventions, such as they were, are over.  The election campaign can now begin in earnest.  The conventions were interesting.  Contrasting styles and technological tricks were apparent.  However, in the end, the message is the same.  The Democrats, reflecting their constituencies like the Teachers Union, the Service Employees International Union (government workers), and various minority groups talked about how bad America is and are proposing bigger government and more taxes while promising things they cannot deliver.  The Republicans were cheerleading for America but came across as reactionary Pollyannas.  It is business as usual.  At this point, the election is a toss-up.

That is not much help to this letter.  So, we must go back to basics.  In the short run what drives markets is Sentiment.  For the US equity market, the Investors Intelligence survey reports over 60% Bulls and only 16% Bears.  It is rare for the spread to be this wide.  And it is rare with Sentiment this one-sided, that the market can continue to rise without a correction.  The election could be the catalyst for that correction.

What matters in the very long run is valuation.  This factor is a little trickier, as always.  Let's say that the S&P 500 will earn $150 per share over the next twelve months.  At 3500, that is a price/earnings multiple of 23X.  That valuation is high, but not outrageous, in light of current interest rates.  The problem is the market is bifurcated.  See the table below.

The largest five stocks in the Standard & Poor's 500 Index have an averaging P/E of 57X and represent an astounding almost 25% of the index.  They are 40% of the growth index.  Without these stocks and a few others, the S&P 500 is not overpriced at all.  The big technology stocks are partying like it is 1999.  Microsoft, Cisco, Intel, and others were selling at 100 times earnings in 1999. So, although high, the valuation is not as crazy as the end of the millennium.

These companies are gigantic compared to the leaders in 1999, Apple has a market capitalization of $2 trillion.  Microsoft and Amazon are not far behind.  These are certainly great companies with businesses on the forefront of economic change.  But can they be worth this much?

The answer is in our third, and most important, market factor.  In the intermediate term, what matters most is money.  This week Chairman Powell of the Federal Reserve made an important speech.  The Federal Reserve has dual mandates given to it by Congress.  One is to maintain price stability; the other is to encourage maximum employment.  These goals are sometimes in conflict.

Since the inflation experience of the 1970s, the Federal Reserve has leaned more toward price stability, even if it resulted in slower growth and less employment.  In his speech, Mr. Powell said that policy has reversed.  Fed policy will now lean toward growth and maximum employment at the expense of a little higher inflation.  This changes 50 years of policy.

With short-term interest rates already at zero, the Fed is creating money and buying every bond in sight to accomplish this “new” policy.  The money supply has grown 24% in the last twelve months.  The result so far has been asset price inflation.  Bond and stock prices are at all-time highs.  The median selling price for a new house in the US just passed $300,000 for the first time last month.  All of this money is chasing collector art, collector cars, gold, and collector franchise stocks like Apple, etc.  Whether this change in policy proves to be the right medicine is anyone's guess.  But I will offer a cautionary note for the longer run.

The Federal Reserve may keep short term rates at zero for the foreseeable future.  But they cannot control longer term rates for long.  The market is too big.  If the “new” Fed policy is successful and inflation expectations rise above 2%, the 10-year maturity US Treasury bond will not be selling for 0.73%.  Bonds will be “certificates of confiscation” as they were called in the 1970s.  Real yields after inflation would rise as savers here and abroad will stop buying.  The dollar and bond prices will fall.  The jig, as they say, will be up!  You will lose money in bonds and a company as large as Apple which will do well to grow its earnings at 7-8% over the next ten years will not be able to sustain a P/E of 38X.

As the pandemic subsides the Fed will have to cut back on bond purchases and money growth.  The market will respond with higher long-term interest rates.  So, enjoy the punch being provided by the Federal Reserve before the market takes the punch bowl away.